This is How They Create Little Monsters ~ Pusaka Madinah

This is How They Create Little Monsters 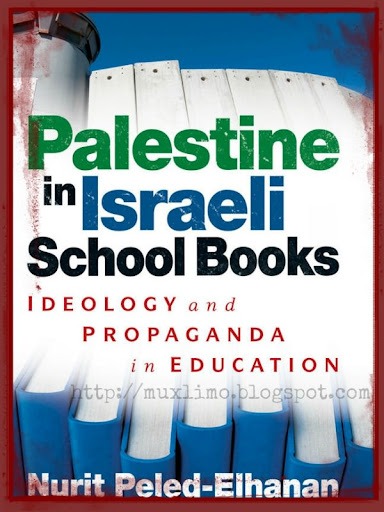 This is How They Create Little Monsters [Muxlimo's Lair] >:( | Professor Daniel Bar-Tal of Tel Aviv University studied 124 elementary, middle- and high school textbooks on grammar and Hebrew literature, history, geography and citizenship. Bar-Tal concluded that Israeli textbooks present the view that Jews are involved in a justified, even humanitarian, war against an Arab enemy that refuses to accept and acknowledge the existence and rights of Jews in Israel.

“The early textbooks tended to describe acts of Arabs as hostile, deviant, cruel, immoral, unfair, with the intention to hurt Jews and to annihilate the State of Israel. Within this frame of reference, Arabs were delegitimized by the use of such labels as ”˜robbers,’ ”˜bloodthirsty,’ and ”˜killers,’” said Professor Bar-Tal, adding that there has been little positive revision in the curriculum over the years.

Bar-Tal pointed out that Israeli textbooks continue to present Jews as industrious, brave and determined to cope with the difficulties of “improving the country in ways they believe the Arabs are incapable of.”

Hebrew-language geography books from the 1950s through 1970s focused on the glory of Israel’s ancient past and how the land was “neglected and destroyed” by the Arabs until the Jews returned from their forced exile and revived it “with the help of the Zionist movement.”

“This attitude served to justify the return of the Jews, implying that they care enough about the country to turn the swamps and deserts into blossoming farmland; this effectively delegitimizes the Arab claim to the same land,” Bar-Tal told the Washington Report. “The message was that the Palestinians were primitive and neglected the country and did not cultivate the land.”

This message, continued Bar-Tal, was further emphasized in textbooks by the use of blatant negative stereotyping which featured Arabs as: “unenlightened, inferior, fatalistic, unproductive and apathetic.” Further, according to the textbooks, the Arabs were “tribal, vengeful, exotic, poor, sick, dirty, noisy, colored” and “they burn, murder, destroy, and are easily inflamed.”

Textbooks currently being used in the Israeli school system, says Bar-Tal, contain less direct denigration of Arabs but continue to stereotype them negatively when referring to them. He pointed out that Hebrew- as well as Arabic-language textbooks used in elementary and junior high schools contain very few references either to Arabs or to Arab-Jewish relations. The coordinator of a Palestinian NGO in Israel said that major historical events hardly get a mention either.

“When I was in high school 12 years ago, the date ”1948’ barely appeared in any textbooks except for a mention that there was a conflict, Palestinians refused to accept a U.N. solution and ran away instead,” said Jamal Atamneh, coordinator of the Arab Education Committee in Support of Local Councils, a Haifa-based NGO. “Today the idea communicated to schoolchildren is basically the same: there are winners and losers in every conflict. When they teach about ”˜peace and co-existence,’ it is to teach us how to get along with Jews.”

Atamneh explained that textbooks used by the nearly one million Arab Israelis (one-fifth of Israel’s population) are in Arabic but are written by and issued from the Israeli Ministry of Education, where Palestinians have no influence or input.

“Fewer than 1 percent of the jobs in the Education Ministry, not counting teachers, are held by Palestinians,” Atamneh said. “For the past 15 years, not one new Palestinian academic has been placed in a high position in the ministry. There are no Palestinians involved in preparing the Arabic-language curriculum [and] obviously, there is no such thing as affirmative action in Israel.”

In addition, there are no Arabic-language universities in Israel. Haifa University, Atamneh points out, has had a steady 20 percent Arab student population for the past 20 years. “How can that figure have remained the same after all these years when the population in the north [of Israel] has grown to over 50 percent Arab?”

Answering his own question, Atamneh rattles off statistics that reflect excellent high school scores among Arab students which he contrasts to their subsequent lower-than-average performance in Hebrew-language college entrance exams given by the state.

“No major scholarships have ever been awarded to an Arab; there are no dorms for Arabs and no college-related jobs or financial aid programs. They justify this legal discrimination by the fact that we do not serve in the army. There are numerous blatant and official methods used to keep Palestinian Arabs out of the universities.”


Absence of Palestinian Identity in Schoolbooks

Dr. Eli Podeh, lecturer in the Department of Islamic Studies and Middle East History at the Hebrew University in Jerusalem, says that while certain changes in Israeli textbooks are slowly being implemented, the discussion of Palestinian national and civil identity is never touched upon.


“He felt like punching the first Arab he saw,” said Banvolegyi.
“Passages from ”˜experts’ about the existence of a Palestinian identity were introduced, but in general it appeared that the textbook authors were not eager to adopt it,” said Dr. Podeh, adding that “the connection between Palestinians in Israel and Arabs in Arab countries is not discussed. Especially evident is the lack of a discussion on the orientation of Palestinians to the [occupied] territories.

“While new textbooks attempt to correct some of the earlier distortions, these books as well contain overt and covert fabrications,” said Dr. Podeh. “The establishment has preferred—or felt itself forced—to encourage the cover-up and condemn the perplexity.”

One Israeli public high school student told the Washington Report that the contents of the schoolbooks and the viewpoints expressed by some teachers indeed have a lasting negative effect on youngsters’ attitudes toward Palestinians.

“Our books basically tell us that everything the Jews do is fine and legitimate and Arabs are wrong and violent and are trying to exterminate us,” said Daniel Banvolegyi, a 17-year-old high school student in Jerusalem.

“We are accustomed to hearing the same thing, only one side of the story. They teach us that Israel became a state in 1948 and that the Arabs started a war. They don’t mention what happened to the Arabs—they never mention anything about refugees or Arabs having to leave their towns and homes,” said Banvolegyi.

Banvolegyi, who will be a high school senior this fall, and then will be drafted into the Israeli army next summer, said he argues with his friends about what he regards as racism in the textbooks and on the part of the teachers. He pointed out a worrisome example of how damaging the textbooks and prevailing attitudes can be.

“One kid told me he was angry because of something he read or discussed in school and that he felt like punching the first Arab he saw,” said Banvolegyi. “Instead of teaching tolerance and reconciliation, the books and some teachers’ attitudes are increasing hatred for Arabs.”

Banvolegyi spoke about his schoolmates who, he says, “are dying to go into combat and kill Arabs. I try to talk to them but they say I don’t care about this country. But I do care and that’s why I tell them peace and justice are the only ways to work things out.”

About 75% of the Israeli children described the “Arab” as a murderer, one who kidnaps children, a criminal, and a terrorist.

Considering what the schools have to offer, both Banvolegyi and Atamneh agree that the oral tradition is one of the few ways to get the story straight.

“Unfortunately Israeli children’s books are not an option for promoting equality in this society,” said Atamneh, citing a book written by Israeli writer/researcher Adir Cohen called An Ugly Face in the Mirror.

Cohen’s book is a study of the nature of children’s upbringing in Israel, concentrating on how the historical establishment sees and portrays Arab Palestinians as well as how Jewish Israeli children perceive Palestinians. One section of the book was based on the results of a survey taken of a group of 4th to 6th grade Jewish students at a school in Haifa. The pupils were asked five questions about their attitude toward Arabs, how they recognize them and how they relate to them. The results were as shocking as they were disturbing:

Seventy five percent of the children described the “Arab” as a murderer, one who kidnaps children, a criminal and a terrorist. Eighty percent said they saw the Arab as someone dirty with a terrifying face. Ninety percent of the students stated they believe that Palestinians have no rights whatsoever to the land in Israel or Palestine

Cohen also researched 1,700 Israeli children’s books published after 1967. He found that 520 of the books contained humiliating, negative descriptions of Palestinians. He also took pains to break down the descriptions:

Cohen points out that the authors of these children’s books effectively instill hatred toward Arabs by means of stripping them of their human nature and classifying them in another category. In a sampling of 86 books, Cohen counted the following descriptions used to dehumanize Arabs: Murderer was used 21 times; snake, 6 times; dirty, 9 times; vicious animal, 17 times; bloodthirsty, 21 times; warmonger, 17 times; killer, 13 times; believer in myths, 9 times; and a camel’s hump, 2 times.

Cohen’s study concludes that such descriptions of Arabs are part and parcel of convictions and a culture rampant in Hebrew literature and history books. He writes that Israeli authors and writers confess to deliberately portraying the Arab character in this way, particularly to their younger audience, in order to influence their outlook early on so as to prepare them to deal with Arabs.

“So you can see that if you grew up reading or studying from these books, you’d never know anything else,” said Atamneh.

“But in the case of Palestinians, we grow up 500 meters away from what used to be a town or village and is now a Jewish settlement. Our parents and grandparents tell us all about it; endlessly they talk about it. It’s the only way.” 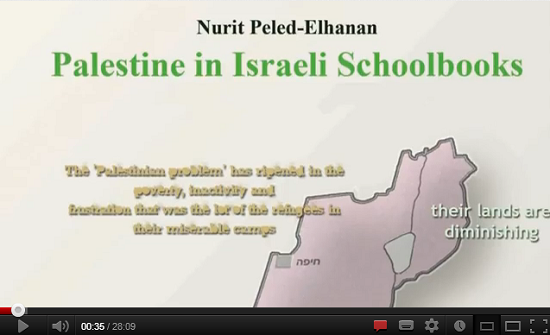 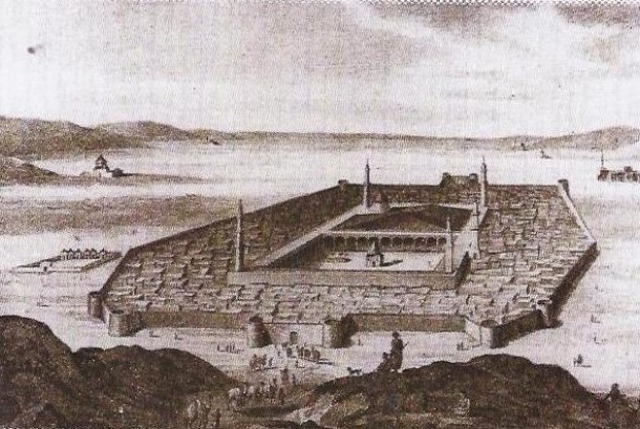